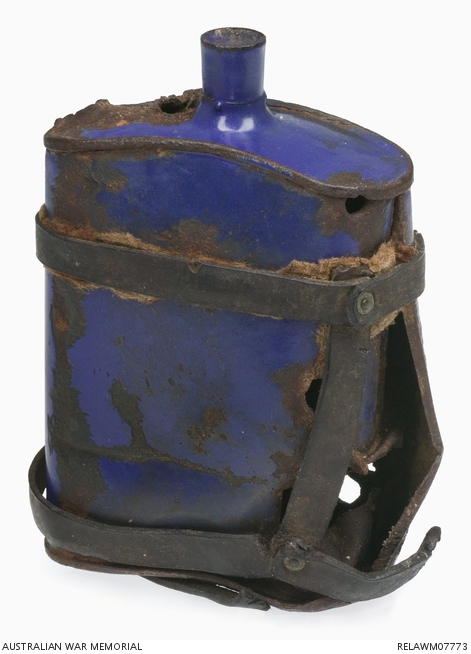 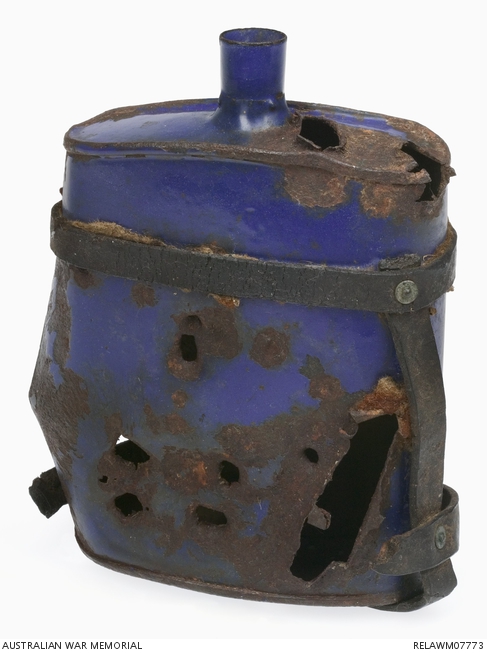 Damaged Light Horse blue enamel water bottle in leather carrier, which is missing the shoulder strap. The remains of the original khaki woollen cover can be seen beneath the top horizontal length of leather. The water bottle is misshappen and has shrapnel and bullet holes in the side and front. The enamel has chipped off around the holes and gashes and on several other areas of the bottle. The metal has rusted on the seams and around the damaged areas.

A small party of AWRS staff, led by Lieutenant William Hopkin James, worked on Gallipoli between December 1918 and March 1919, taking photographs and collecting items for the national collection. The 7th Light Horse, with the Canterbury Mounted Rifles, were stationed at Gallipoli from 2 December 1918 to 19 January 1919 as par tof the occupying force at the Dardanelles.