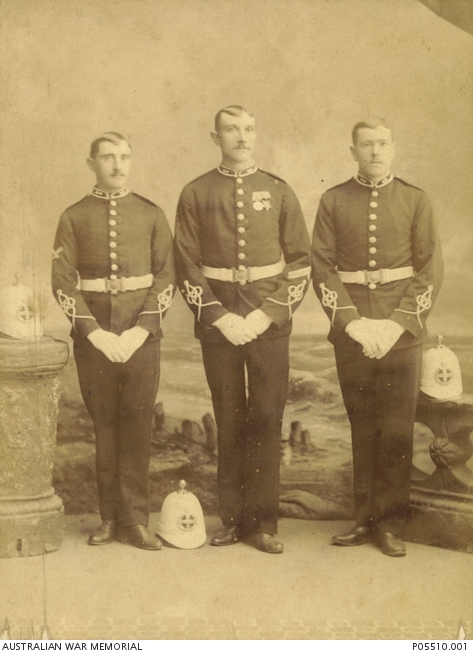 Studio portrait of the Parker brothers, left to right, Albert, Samuel Charles and Arthur Benjamin, all members of the NSW Artillery. Their uniforms include white helmets, gloves and belts. Samuel Parker is wearing an Egypt Medal and Khedive's Star awarded for his service with the Sudan Contingent. A carpenter from Sydney, NSW, 241 Private (Pte) Parker embarked with the NSW Contingent on 3 March 1885 on the SS Iberia, served in D Company, and returned to Australia on 23 June 1885 on board the SS Arab. He was discharged at Sydney on 3 July 1885 after the contingent was disbanded, having served for with good conduct for 134 days.