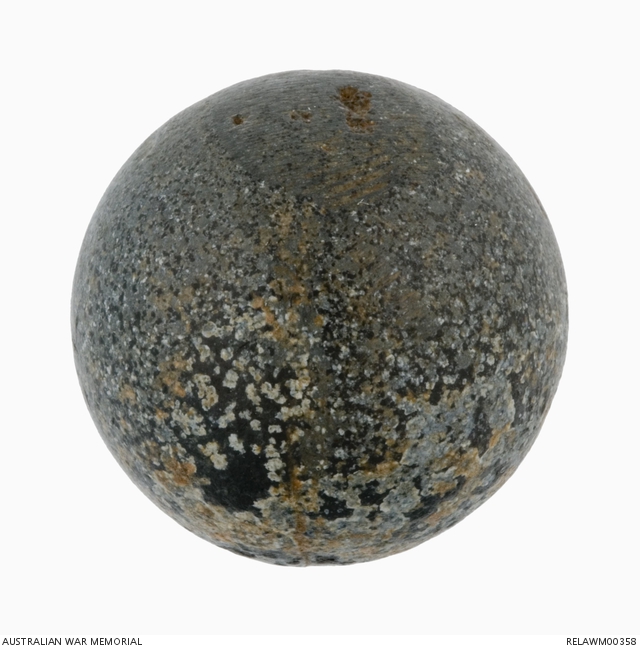 Round lead ball with pitting on surface.

This large shrapnel ball was found at Battleship Hill, Gallipoli, on 18 February 1919 by members of the Australian Historical Mission.

Originally called Big 700, the hill became known as Battleship Hill due to the bombardments the area received from British naval ships, intended to disrupt Turkish advances or to shell Ottoman reservists sheltering behind the inland slope.

This shrapnel ball is thought to have come from a shell fired by the British warship, HMS 'Queen Elizabeth'. She provided gunnery support for the landings on 25 April 1915, as well as bombardming Turkish positions and shipping until mid May, when she was withdrawn from the area.