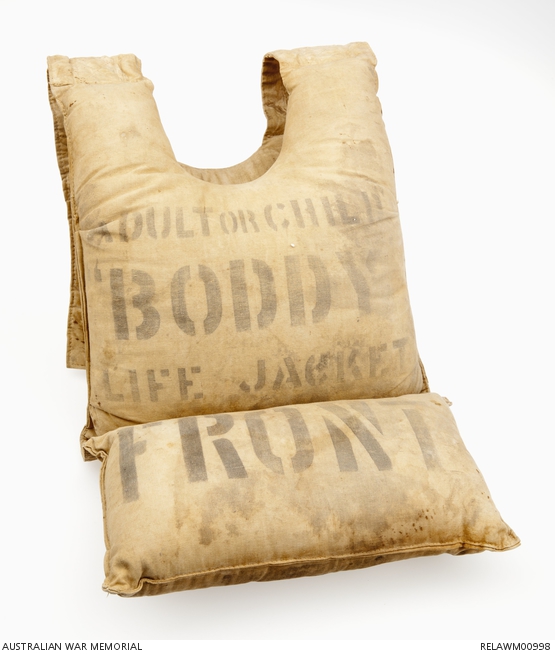 Lifejacket used by members of the British 46th (North Midland) Division in the crossing of the St. Quentin Canal on 29 September 1918. It was found at St. Souplet, 20 miles from the Canal, in November 1918 and had apparently been used as a pillow.

On 29 September 1918, the Division used lifejackets and collapsible boats to cross the St. Quentin Canal. They used scaling ladders to surmount the steep gradient of the opposite bank and captured multiple hostile machine gun posts covering that point.