A captured North Vietnamese soldier sits imprisoned in a timber and wire cage at a military camp ... 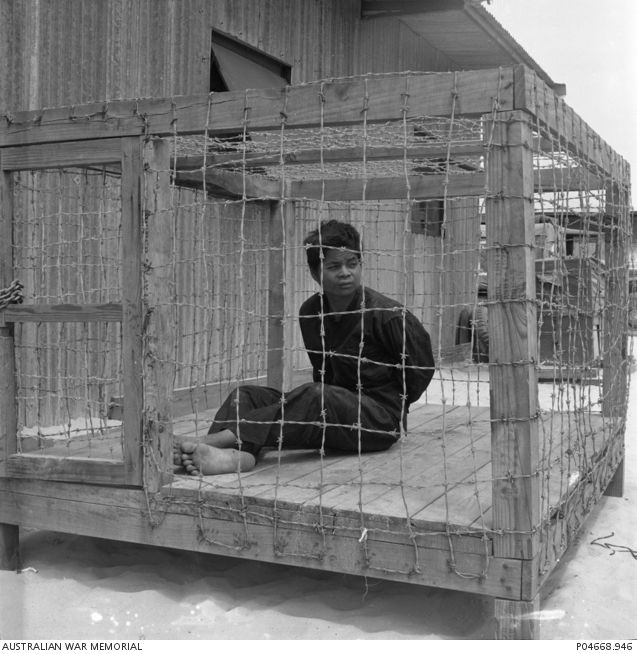 A captured North Vietnamese soldier sits imprisoned in a timber and wire cage at a military camp at south Da Nang. The man was captured near a regional outpost by a Mobile Strike (Mike) Force reaction force made up of members of one of Vietnam's ethnic minorities. Interrogation by US Special Forces (USSF) Mike Force advisers revealed that he was a People's Army of Vietnam (PAVN) regular soldier of four years service, as well as being a platoon commander. When searched, he was found to be carrying the cigarette lighter of 43593 WO2 Maxwell Powell Hanley, MM, a member of the Australian Army Training Team Vietnam (AATTV), who was killed in action on 20 February 1967 when enemy forces overran his position. (See Denis Gibbons' article, 'The Rescue of Hanh', People, 28 June 1967.)