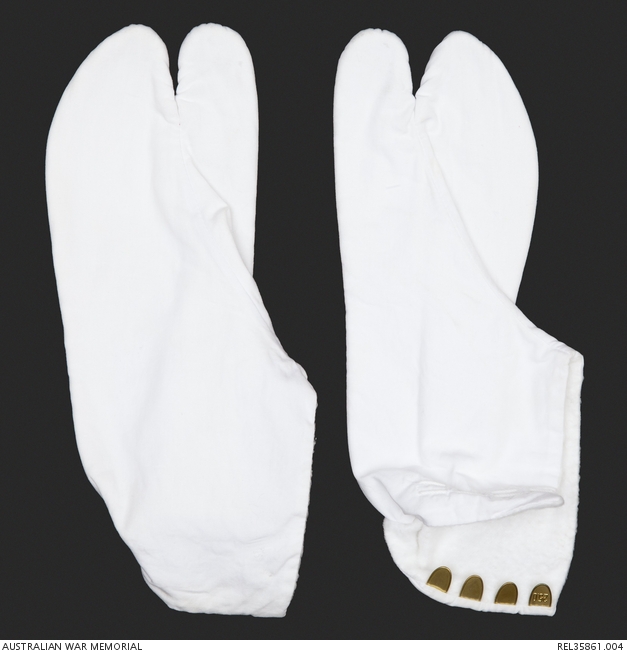 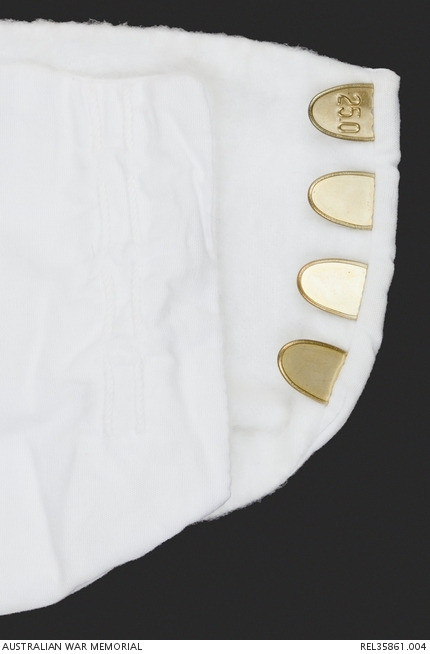 Pair of white cotton tabi socks, featuring the traditional separation of the large toe and the other toes. A vertical join at the rear allows easy fitting and is secured by four brass tabs attaching to four two-row vertical cord catches. The tabi are lined with soft cotton and have a patterned cotton sole.

Child's pair of tabi, part of a traditional Japanese dress set (including kimono, obi, scarf and fan) given as a Christmas present in December 1951 to nine-year-old Evelyn Frewen by her parents, William ('Bill') and Jessie Frewen.