Informal portrait of Captain Robert Wishart, DSO, of Barry Reef, Vic, standing in front of a ... 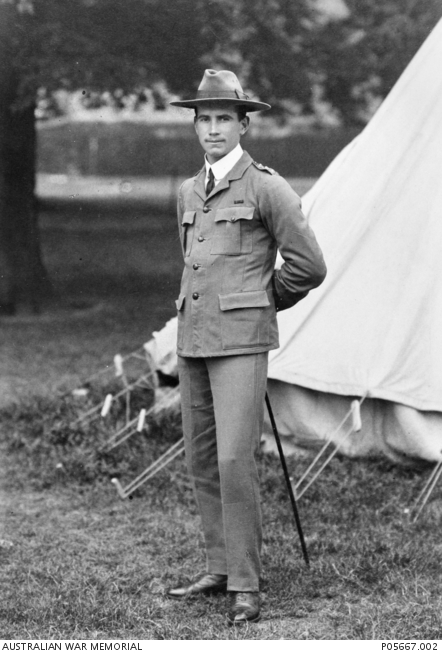 Informal portrait of Captain Robert Wishart, DSO, of Barry Reef, Vic, standing in front of a tent. He travelled to South Africa in approximately 1898 to prospect for gold on the Witwatersrand goldfields and was in South Africa when the war began in 1899. He was one of a number of Australians who joined a unit in South Africa, rather than return home to enlist and served with Bethune's Mounted Infantry for 12 months and then the Johannesburg Mounted Rifles for two years. He was awarded the Distinguished Service Order for returning under fire to pick up one of his men who had been wounded and fallen from his horse, mentioned in despatches three times, and received the Queen's Medal with five clasps, the King's Medal with two clasps. He later commanded the Johannesburg Mounted Rifles at the coronation of King Edward VII and received the Coronation Medal.