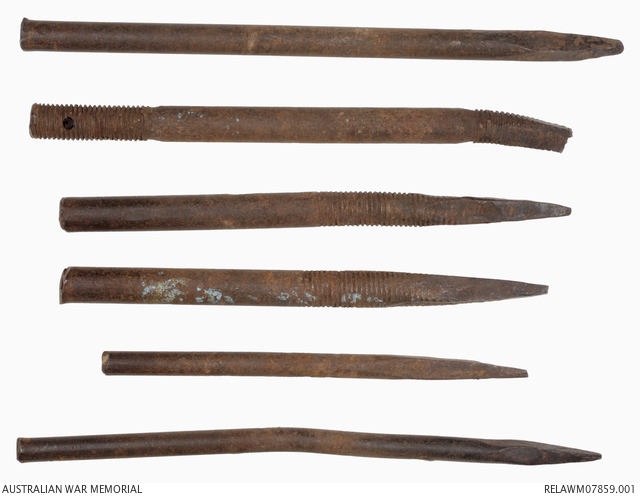 Six iron spikes, each of varying widths and lengths. Each spike is of different lengths and diameters and all are quite roughly made. Some of the spikes have threading at one or both ends. Each spike has had one end beaten or ground to a four edged point.

Associated with the service of Brigadier General Evan Alexander Wisdom, who following the end of the First World War, successfully applied for the role of Administrator of the Mandated Territory of New Guinea, based in Rabaul.

Wisdom collected these spikes from a tree that had been used by Native troops under German command as a look-out post to observe the Bitapaka-Kabakaul Road.