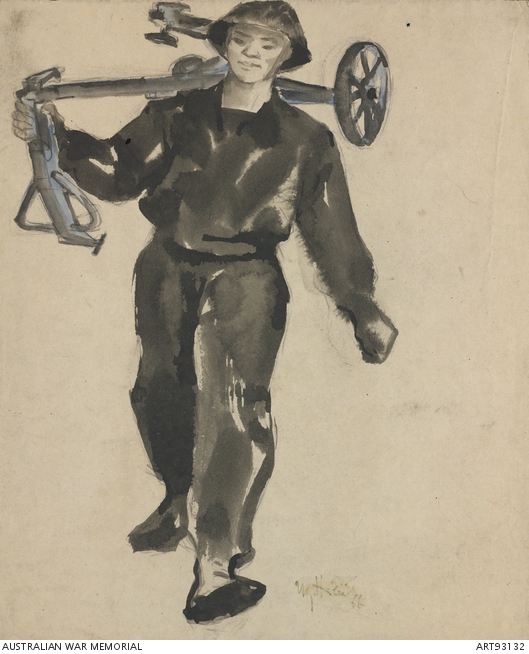 North Vietnamese soldier carring mortar support. Created during a period of socialist transformation and cultural revolution in Vietnam, such art was viewed by the North Vietnamese Government as a very important component in an ideological campaign that sought to promote a high regard for labour, collectivism and patriotism. Artists were encouraged to represent the front line troops as both heroic and vital to the socialist revolution and the ongoing struggle to remain free from colonial rule.