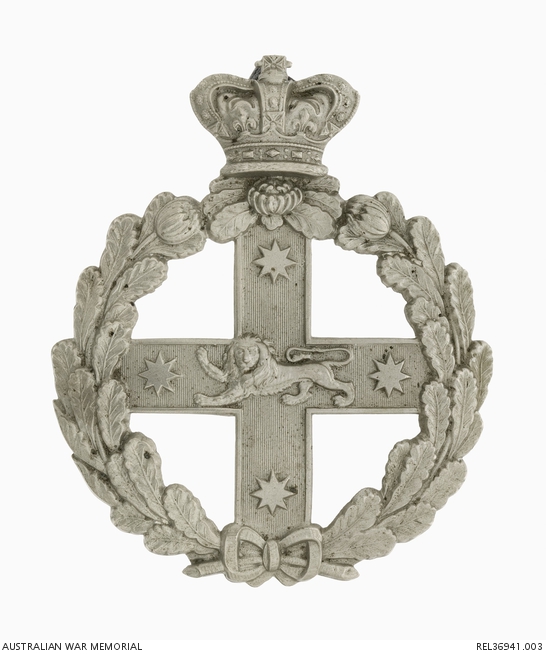 Voided nickel-plated brass helmet plate as worn by members of the New South Wales colonial volunteer forces. The plate shows a cross with an eight-pointed star at the end of each arm and a lion in the centre, all within a wreath of waratahs surmounted by a Queen Victoria pattern crown. There are three brass lugs on the back of the plate for attachment of the helmet. The badge is slightly curved to fit the front of a pith helmet.