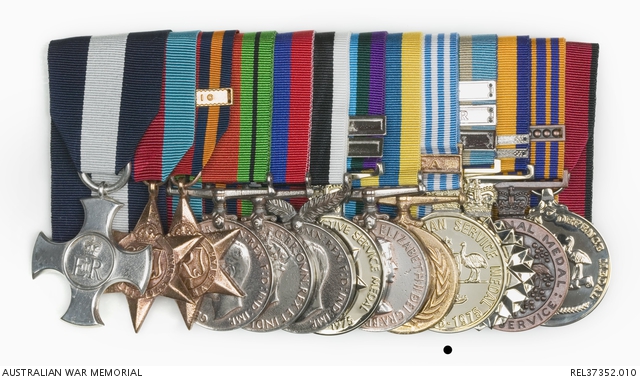 Guy Alexander Beange was born on 5 November 1922 at Hamilton, New Zealand. Early in the Second World War he served with the Waikato Mounted Rifles from October 1940, before its conversion to an armoured unit. He was apparently waiting to transfer to the New Zealand Air Force. This did not occur and in late 1942 he responded to a recruiting drive by the Royal New Zealand Naval Volunteer Reserve (RNZNVR) who were seeking men to train as carrier pilots for loan to the Royal Navy. Beange enlisted on 13 January 1943 and was sent to England to undertake initial training. In October 1943, he was sent to Pensacola, Florida, in the United States, to begin training as a carrier pilot. Beange graduated on 30 June 1944 but remained in the US for further training on Vought F4U Corsair aircraft before returning to England for advanced instrument training in March 1945. In May Lieutenant Beange was posted to 1831 Naval Air Squadron embarked in the aircraft carrier HMS Glory in the British Pacific Fleet, flying Corsair IV aircraft. He arrived too late to see much active service but was present when the Japanese surrender at Rabaul was signed on the ship’s flight deck, on 6 September 1945, as the ship’s Corsairs circled overhead to provide air cover. Glory remained based in Australian and Pacific waters until June 1946. In February 1948 he transferred to the Royal Australian Navy on probation, as an Acting Lieutenant (Pilot). He was posted to HMAS Warramunga for seagoing experience, and gained his watch keepers certificate. In April 1949 he trained in England for a year with Sea Fury aircraft. Beange was confirmed in the rank of lieutenant and posted to 808 Squadron in HMAS Sydney, when the ship travelled to England to embark a further two squadrons in July. In October 1951 Sydney began her first of seven patrols in the Korean War and on 11 October her 38 aircraft set a light fleet carrier record when they flew 89 sorties in a single day. Sydney completed her final patrol on 25 January 1952 and returned to Australia in February. For his ‘distinguished and devoted service aboard HMAS Sydney in Korean waters’ Beange was awarded the Distinguished Service Cross in 1952, one of only three RAN pilots to receive the award in this war. In January 1953 he was posted to the newly formed 850 Squadron. Promoted to lieutenant commander in May 1953, he was given command of 808 Squadron, which embarked in HMAS Vengeance in September. In 1954, Vengeance and her aircraft provided the escort and ceremonial fly pasts for Queen Elizabeth II’s first tour of Australia. Beange undertook training in Vampire aircraft in Britain from December 1954 and subsequently commanded 805 Squadron, before taking command of the minesweeper corvette HMAS Junee between October 1956 and July 1957. In 1959 he served in the Far Eastern Strategic Reserve in HMAS Melbourne. He was promoted to commander at the end of the year and remained in the ship as Fleet Aviation Officer. Beange served as Australian defence attaché to the Philippines from 1961 to 1963. From the late 1960s he was posted to a number of shore based positions, including HMAS Albatross at Nowra; in Sydney, NSW and HMAS Leeuwin in Western Australia. He retired in 1979. Commander Beange died in 2004.