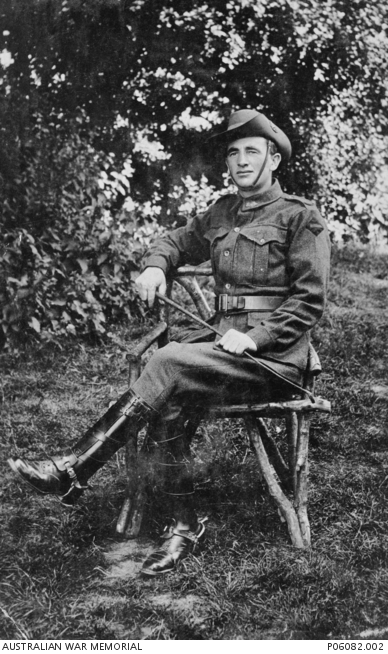 Portrait of 1829 Private (Pte) Francis Singleton of the 14th Field Ambulance, Australian Imperial Force. Originally from England, Pte Singleton served in the Royal Army Medical Corps in the British Army during the Boer War, when he was only 17 years of age. At age 30, he enlisted in the AIF on 13 January 1915. He returned to Australia on 10 March 1918. His son, Edward George Singleton, would later serve as a wireless operator and air gunner in the Royal Australian Air Force during the Second World War (P06082.001)