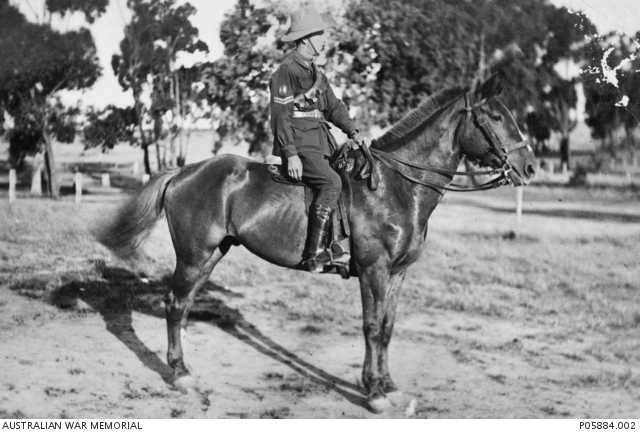 Portrait of 3226 Private (Pte) James Stanley Hanson, 8th Light Horse Regiment, mounted on a horse at camp, prior to embarkation for service in the Middle East. A clerk of North Melbourne, Vic, prior to enlistment, Pte Hanson embarked with the 26th Reinforcements from Melbourne aboard RMS Morea on 20 February 1917. He transferred to the 1st Signal Squadron, Australian Mounted Division in May 1917 and returned to Australia on 28 January 1919. (Photograph from the album of 3226 Private James Stanley Hanson held at P05884.001)