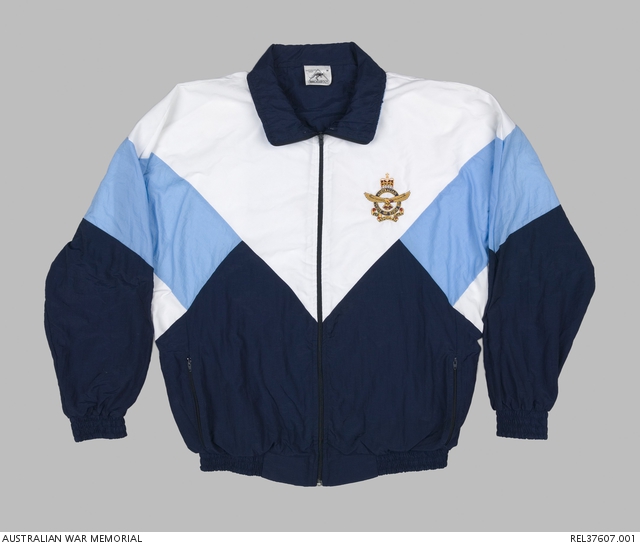 Loose nylon track suit jacket in white, sky blue and dark blue with a zippered front and a pair of zippered slash pockets at the waist. The waist and cuffs are elasticised. The interior is lined with white poly cotton. A RAAF badge is embroidered directly to the left breast. The owner has inked his name on the maker's tag.

Worn by A328239 Corporal David Underwood who served with the Royal Australian Air Force (RAAF) as an Aircraft Maintenance Engineer (Mechanical) from 8 August 2000 until 14 July 2007. After training, Underwood was posted to 37 Squadron in October 2001 where he provided maintenance on the squadron's Hercules C130J transporters until December 2004. He transferrred to 33 Squadron in January 2005, working on that squadron's Boeing B707 Air Refuellers until the end of his RAAF service.