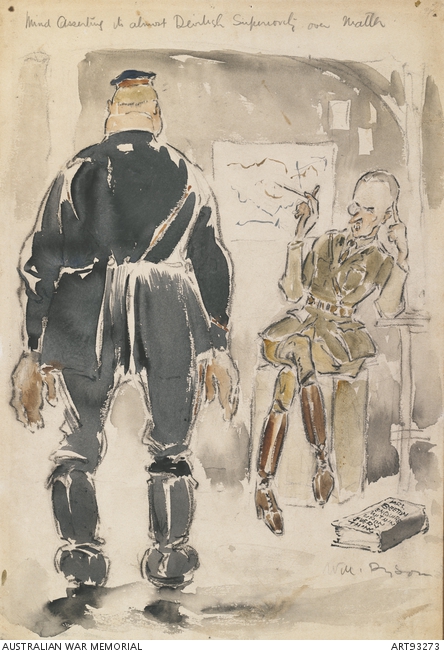 Dyson depicts a captured German soldier being interrogated by JJW Herbertson, an English captain that was attached to General Birdwood's 1st ANZAC Corps Intelligence. This cartoon was created by Dyson for Herbertson as he was a friend of CEW Bean. Herbertson later went on to translate captured German material for the Australian government, which is now held in the Australian War Memorial's Research Centre.
Will Dyson was the first official war artist appointed during the First World War and was active in this capacity from 1916 to March 1920.