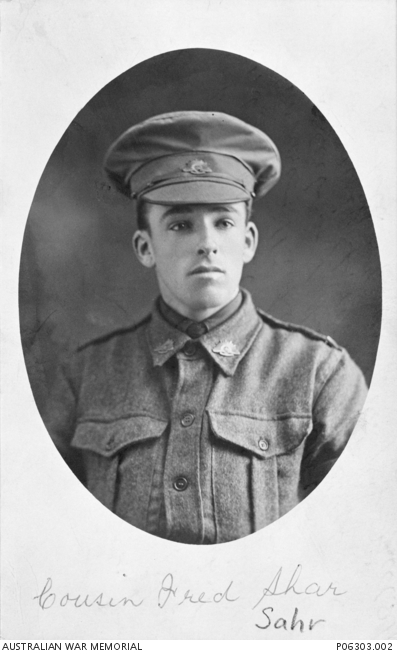 Studio portrait of 6087 Private (Pte) Frederick Harold Sahr of Marybrough, Vic. A grocer before enlisting in April 1916, Pte Sahr formed part of the 19th Reinforcements of the 7th Battalion before being transferred to reinforce the 37th Battalion in August 1916. He was promoted to Corporal (Cpl) in August 1917, and according to his Red Cross Wounded and Missing file, was well known in the Battalion for his 'particularly bright disposition'. He was seeking cover in a trench during the Battle of Messines when a German high explosive shell landed nearby, killing him instantly on 18 June 1917.