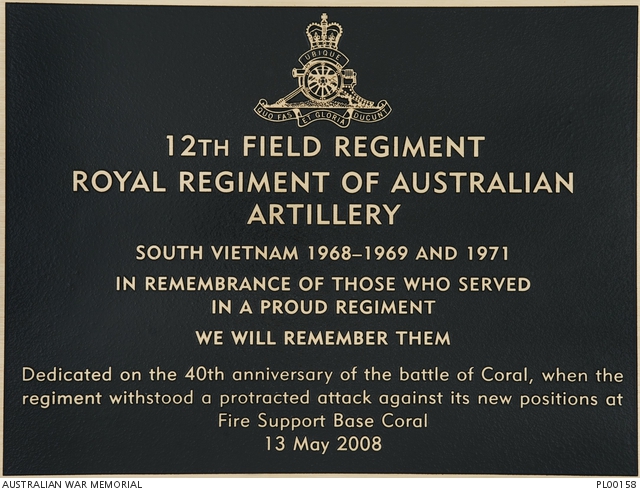 Commissioned by the National Committee for the 40th Anniversary for the battles of Coral and Balmoral as part of the Australian War Memorial’s Plaque Dedication Program.

This plaque was dedicated on 13 May 2008 at a ceremony held at the Australian War Memorial.

The general location of the 12th Field Regiment, Royal Regiment of Australian Artillery plaque is indicated by a red poppy on the map below.