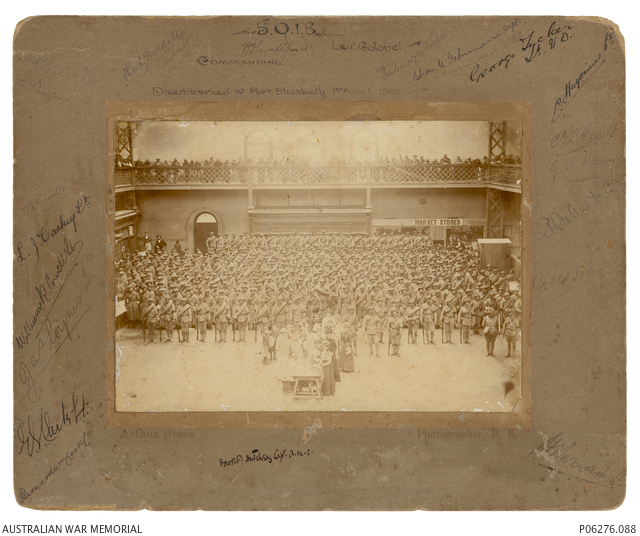 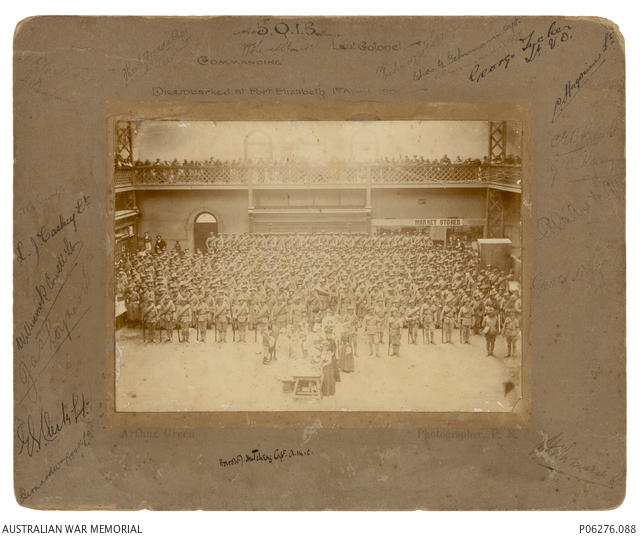 5th Queensland Imperial Bushmen disembark at Port Elizabeth, South Africa, 1st April 1901. A very large group portrait of soldiers in uniform, during the 6 week mourning period for Queen Victoria (black armbands indicate this). The troops wear khaki field service dress indicating that they are Infantry. The mat is inscribed with signatures of the officers pictured. Image from the collection of Major Charles Gehrmann, who served in the Boer War with the 5th Queensland Imperial Bushmen 1901-1902; with the 9th Australian Infantry Regiment (the Moreton Regiment) 1910-1921, and a Major in AIF camps in Brisbane during the First World War.