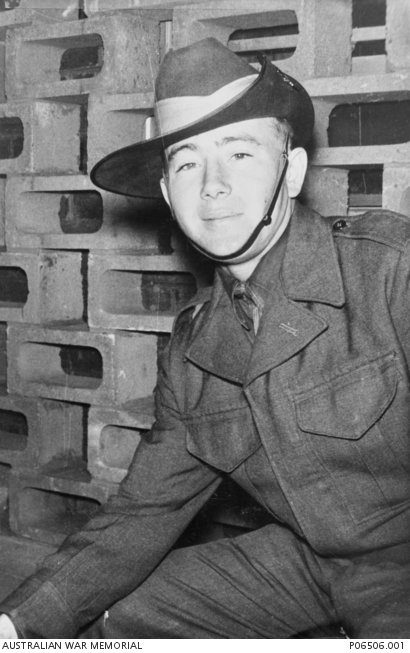 Informal portrait of 2787716 Private (Pte) Samuel Graham, 4th Battalion, The Royal Australian Regiment - New Zealand (ANZAC). Pte Graham emigrated from Scotland to Australia with his family as a child, and worked as a stonemason in Queanbeyan, New South Wales, before being called up for National Service in 1968. He was killed in action during Operation Goodwood on the border of Long Khanh and Bien Hoa Province, Vietnam on 31 January 1969.