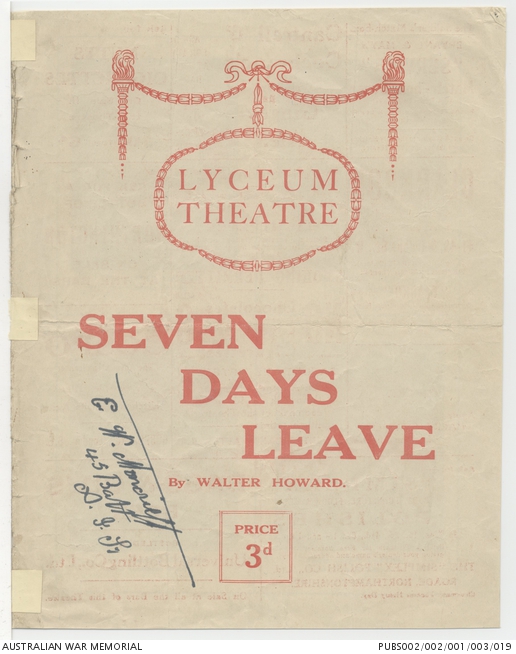 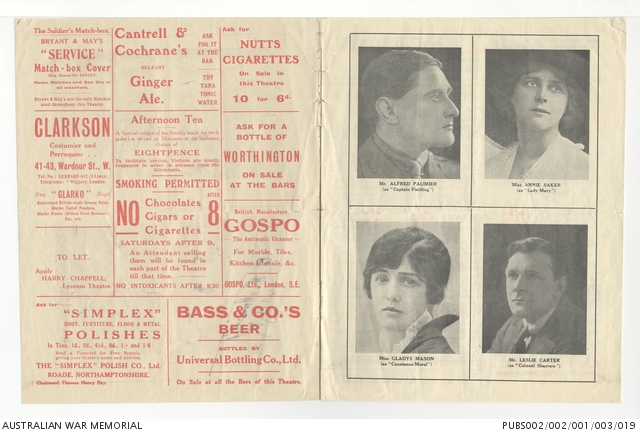 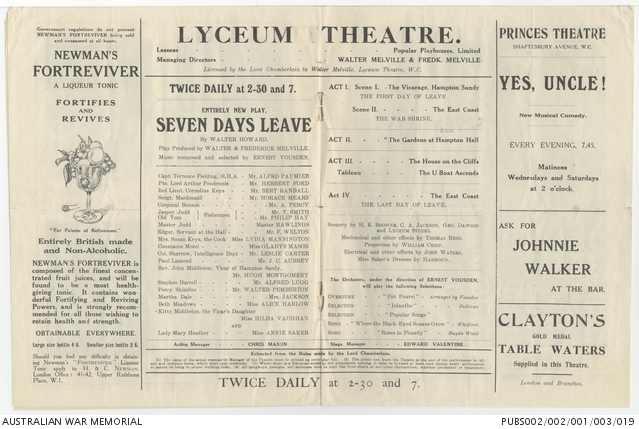 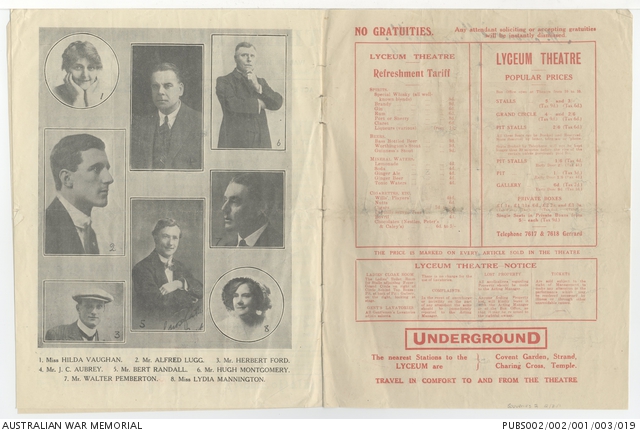 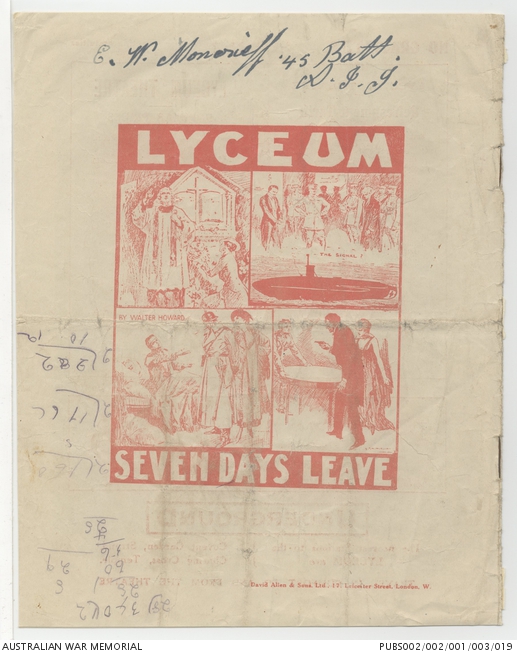 Souvenir program for a theatrical performance during the First World War. This program is for a production of Walter Howard's play 'Seven Days Leave', performed at the Lyceum Theatre in London. This program features photographs of the cast with details of the performance surrounded by advertisements. The program has been signed by Edward White Moncrieff of the 45th Battalion, Australian Imperial Force.