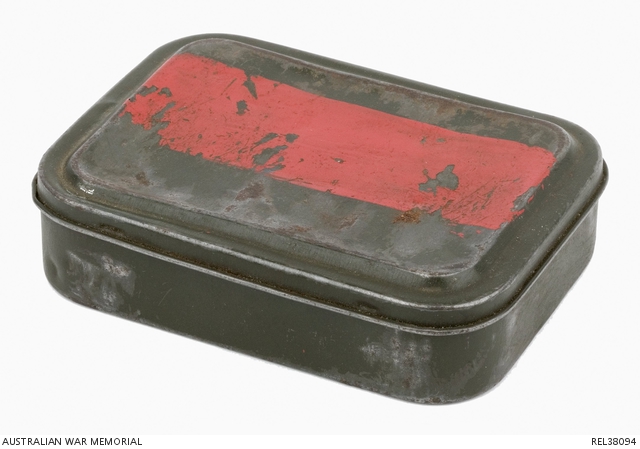 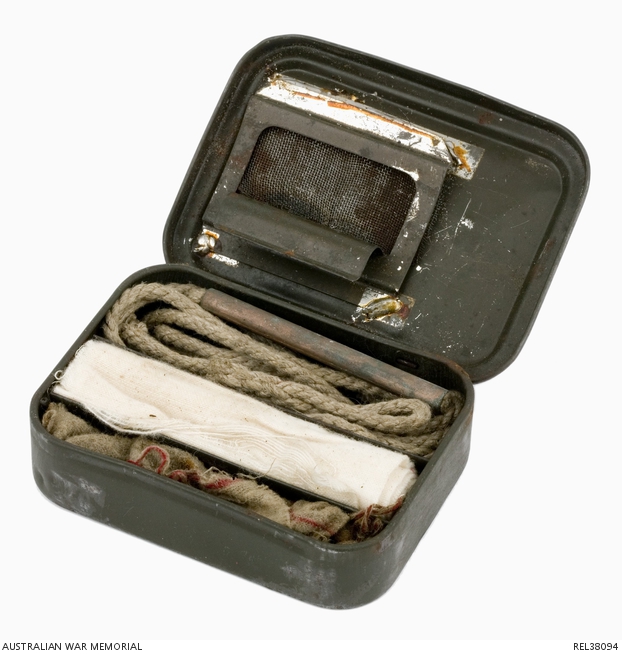 Rifle cleaning kit contained in a rectangular green metal tin. The tin has a hinged lid, onto which has been applied a 95 x 34 mm band of red paint. The body of the tin has three compartments, in which is stowed a pull through, a rolled length of flannel, and three used pieces of flannel. Soldered to the inside of the lid is a small metal frame that secures a metal mesh and includes a bull-nosed holder.

In 1961, in the wake of the Malayan Emergency, Lieutenant Turrell served in Malaya with 2 Battalion, Royal Australian Regiment (RAR). Operating as part the 28th Commonwealth Brigade, Turrell commanded 11 Platoon, D Company, 2 RAR in conducting patrols the 'Black Zone' on the Malay -Thailand border, aimed at suppressing continued Communist Terrorists (CT) activity in the region in 1962 and 1963. In May 1966 Captain Turrell was deployed to South Vietnam as adjutant of 6 RAR. Following his service in the Vietnam War, Turrell was promoted to Major and appointed Officer Commanding 2nd Army Recruiting Unit. Major Turrell served in the Army until his discharge in 1981.