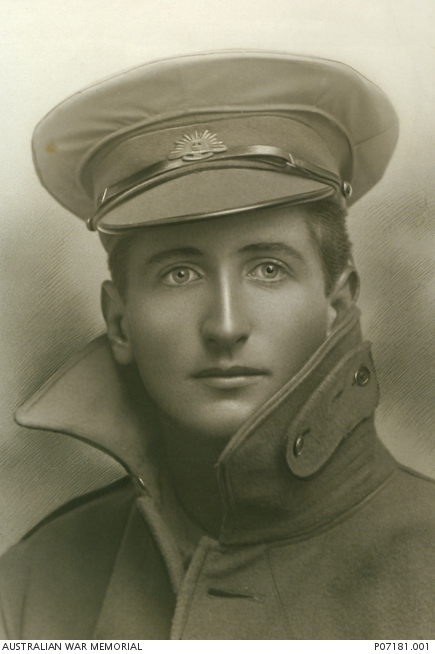 Studio portrait of 451 Private (Pte) Frederick William Albert Fox, 36th Battalion, of Inverell, NSW. A carpenter before enlisting in January 1916, Pte Fox left Australia for England on board HMAS A72 Beltana in May 1916. Arriving in France for service on the Western Front in April 1917, Pte Fox was a runner for 36th Battalion Headquarters. He was wounded in the right arm by a German shell fragment during the Battalion's attack on Passchendaele Ridge on 12 October 1917. Although he admitted himself to the nearby dressing station, he died of his wounds at the 44th Casualty Clearing Station at Poperinghe two days later, aged 21.