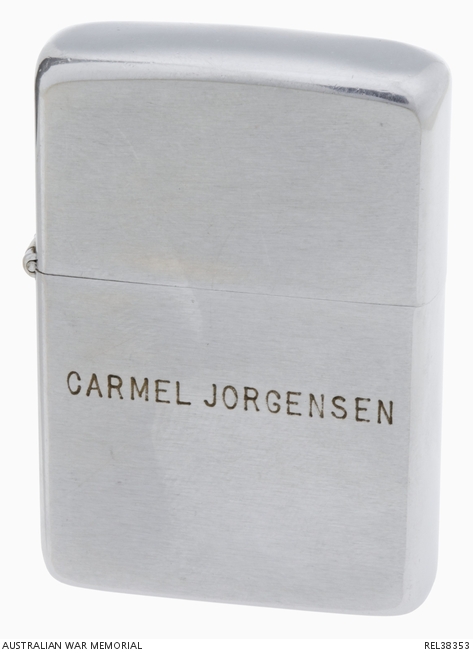 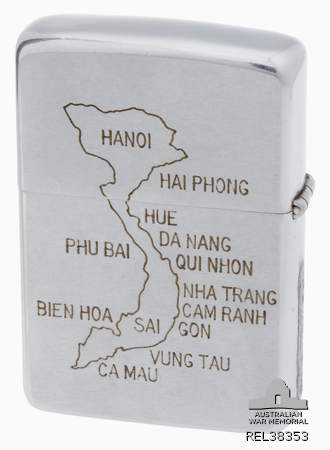 This lighter was acquired by Carmel Jorgensen (later Hurst) when she was serving as a civilian nursing sister with the Australian Surgical Teams at Bien Hoa in Vietnam. The severe lack of medical facilities and staff in Vietnam led to South Vietnamese Government to request urgent civilian medical aid through the USAID and SEATO programmes. Australia responded by sending a succession of surgical teams which operated out of several centres throughout the country. Carmel Jorgensen arrived in Vietnam in October 1967 with a team from Royal Brisbane Hospital and served as a nursing sister at Bien Hoa until September 1968.