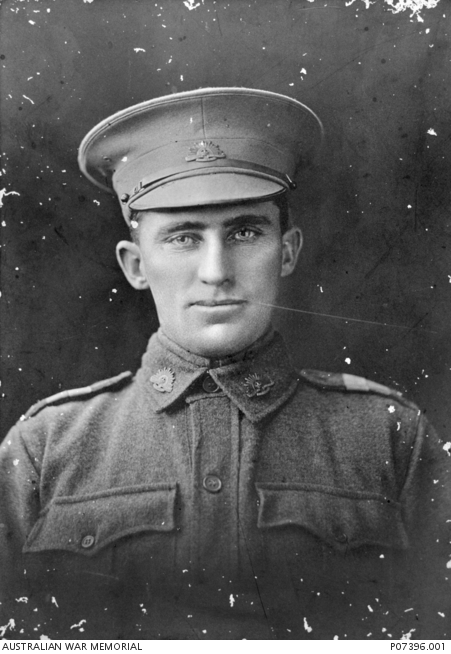 Studio portrait of 2233A Private (Pte) James Martin Clement Neagle, 50th Battalion, of Port Pirie, SA. An ironworker before enlisting in May 1916, Pte Neagle left Australia for England with the 4th Reinforcements, and arrived in France for service on the Western Front in December 1916. Attached to an Australian Light Railway company, he was admitted to hospital suffering from shell-shock after participating in the Battle of Messines in July 1917, being repatriated to England on leave to recover. Rejoining the battalion in October 1917, he was killed in action two weeks later at Broodseinde Ridge on 18 October 1917, aged 28.