Group portrait of members of 158 Squadron RAF. Known to be included but positions unknown are: ... 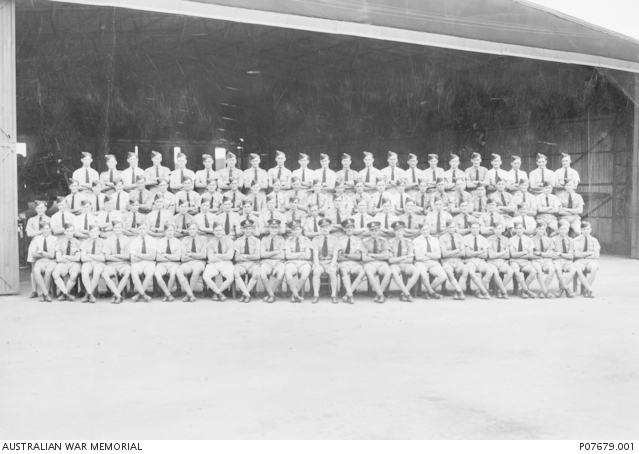