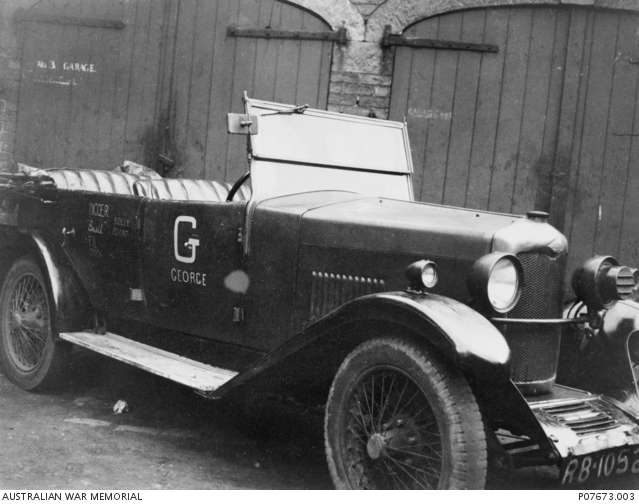 A 1929 Riley open touring car, with the registration number RB-1052, owned by the crew members of Lancaster bomber SR-G, (serial number LM457), of 101 Squadron, RAF. The car is parked in front of No. 3 Garage and it has been named 'G' George. It was used by the crew in their off duty times to get away from base and explore the Lincolnshire countryside. The nick names of some of the crew members have been written on the door of the car and read: DIGGER, Basil, Fil, JOCK, SOLLY and BOOST.