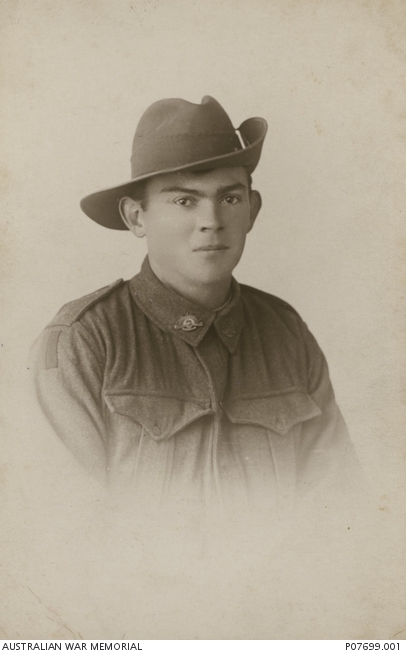 Studio portrait of 5117 Private (Pte) Albert Ross Callaghan, 17th Battalion, of Sydney, NSW. A tailor prior to enlistment, he embarked with the 13th Reinforcements from Sydney aboard HMAT Kyarra on 5 June 1916. Proceeding with his unit to France from England in September 1916, Pte Callaghan transferred to the 54th Battalion the following month. On 17 April 1918 he was gassed in action and admitted to the 9th General Hospital at Rouen, France. Later transferred to the Cheltenham Area War Hospital in England, Pte Callaghan died of wounds inflicted by mustard gas on 26 April 1918, aged 31 years. He was buried at Cheltenham Cemetery, England.