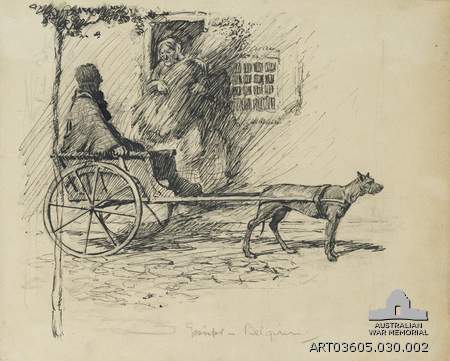 Depicts a Belgian street scene with a woman standing in a doorway carrying a large stack of hay, talking with another woman sitting in a cart drawn by a medium-sized dog. Despite obviously being a working dog its tail hasn't been docked, but it wears a muzzle. The two women are obviously engaged in conversation, but Benson's derisive title reveals his interpretation - that they are gossiping.