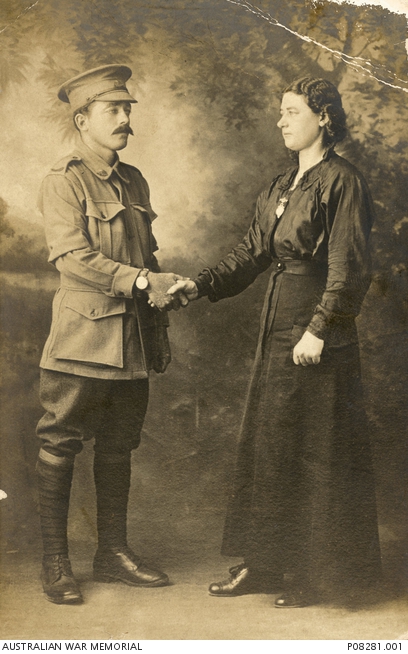 Studio portrait of 6713 Private (Pte) Henry Bell, 15th Battalion, of Proserpine, Qld, and a relative Ada Bell. Pte Bell, a labourer prior to enlisting in September 1916, embarked from Brisbane with the 22nd Reinforcements on board HMAT Kyarra (A55) on 17 November 1916. The reinforcements arrived in England in January 1917 and undertook further training at Folkestone. They arrived in France on 4 May 1917 and joined up with the 15th Battalion a few days later. The unit moved into Belgium to take part in the advance towards the Hindenburg Line and Pte Bell was killed in action near Messines, Belgium on 18 August 1917. He was 27 years of age.