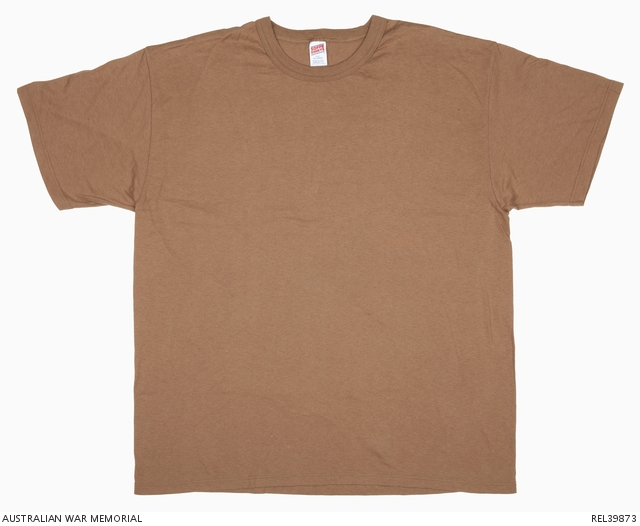 Brown T-shirt worn under uniforms by soldiers and sailors serving in the Persian Gulf and Iraq. The T-shirt has a round neck that has been seamed and stitched. The ends of the sleeves have been folded in and stitched as has the hem of the shirt.

Worn by Able Seaman Ryan Beevor during his deployment to the Persian Gulf in 2005 as part of the HMAS Newcastle's complement. He was issued the shirt along with a pair of desert camouflage pants to wear as a more comfortable option to the issued overalls during the heat of the day. Beevor deployed in late May 2005 to the Persian Gulf in HMAS Newcastle as part of Operation Catalyst. Beevor served as a avionics technician, working on the 'Sea Hawk' helicopters with Flight 1, made up of members of 816 Squadron, RAN. Beevor returned to Australia in November 2005 after the completion of HMAS Newcastle's tour of operations.