Group portrait of senior officers of the AIF, taken following the inspection of 30,000 Australian ... 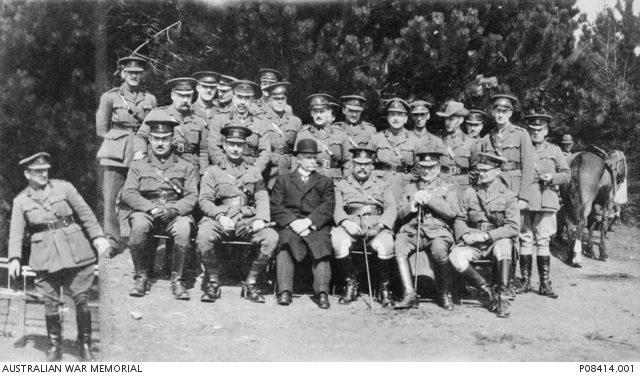