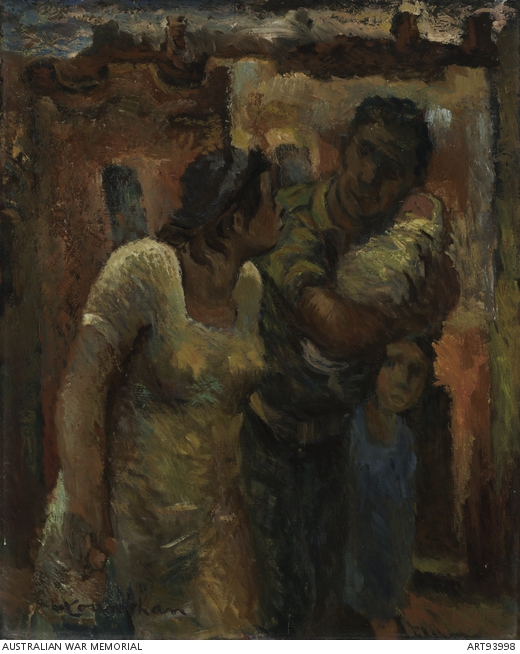 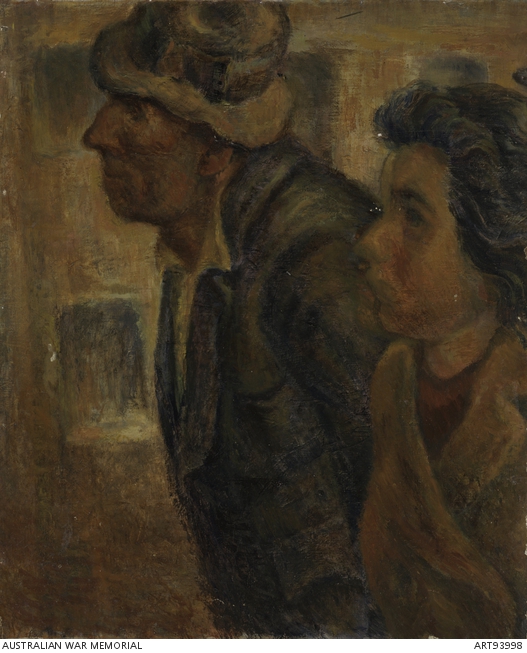 Depicts a returned soldier with his family. He holds a baby in his arms and is accompanied by another child and his wife. There are buildings in the background. Verso: a three-quarter portrait of a male and female walking in the street, both wearing overcoats and the man wears a hat.

Counihan became a member of the Communist Party of Australia in 1931. He was a staunchly political artist and was one of the founding members of the Melbourne based Contemporary Art Society. From 1934 he worked as a cartoonist for various publications, including the 'Bulletin' and the 'Guardian' (Melbourne). Throughout his life Counihan was concerned with representing and challenging social, political and material injustice. Counihan was actively involved in the peace movement and campaigned against the Cold War and the threat of nuclear holocaust.