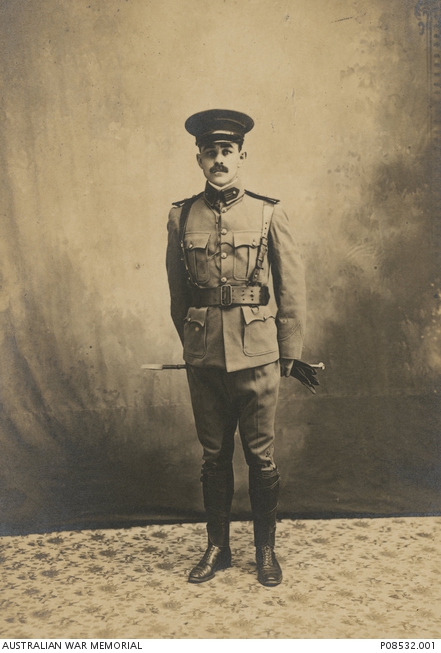 Studio portrait of Lieuentant (Lt) Samuel William Harry in his 1st Commonwealth pattern uniform. Lt Harry was born in Brisbane on 9 February 1882 and served for four years in the 2nd Infantry in the Kennedy Regiment. He enlisted in the Australian Navel and Military Expeditionary Force in 1914 and served with the 15th Battalion of the Australian Imperial Force. He was promoted to the rank of Captain on 25 April 1915 and fought at Gallipoli. Captain Harry was reported missing on 17 May 1915 and thought to have been killed in action on 10 May 1915.