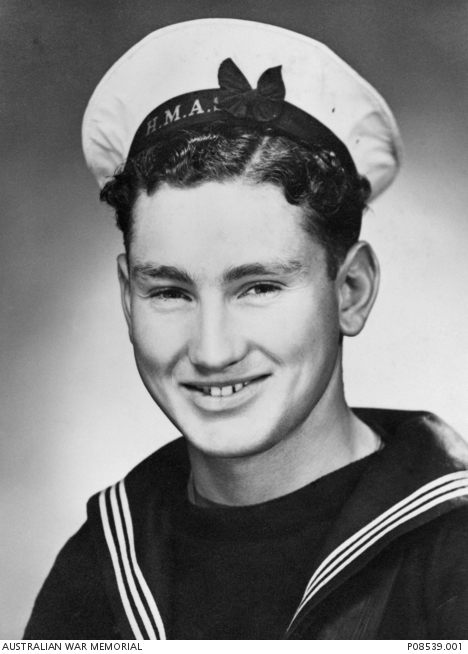 Studio portrait of S/10399 Stoker (Sto) Kenneth Mervyn Morrison. Sto Morrison enlisted on 2 May 1945 and served on HMAS Quickmatch. In the three months from July to September 1946, after the Japanese surrender, HMAS Quickmatch joined the British Commonwealth Occupation Force (BCOF). At one time during this period Sto Morrison remembers supervising a Japanese working party in the port city of Kure. The working party included a Japanese interpreter named Yasuda, who before the war was a wool broker and had lived in Australia. Sto Morrison traded some necessities of life, including soap, cigarettes, sugar and chocolate with Mr Yasuda for a Nagel Ranca camera. (See REL38569)