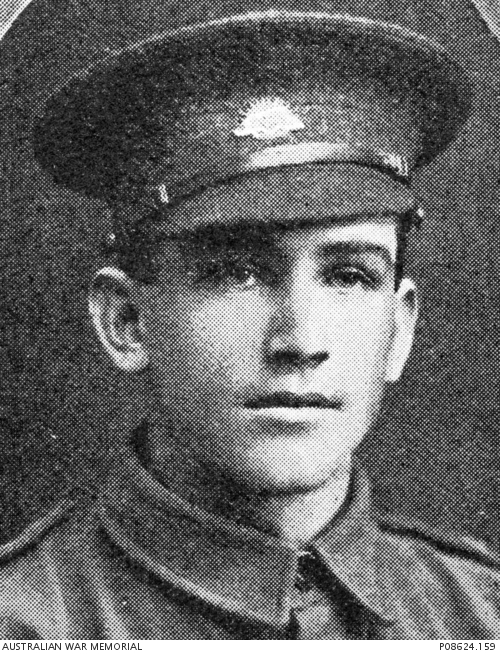 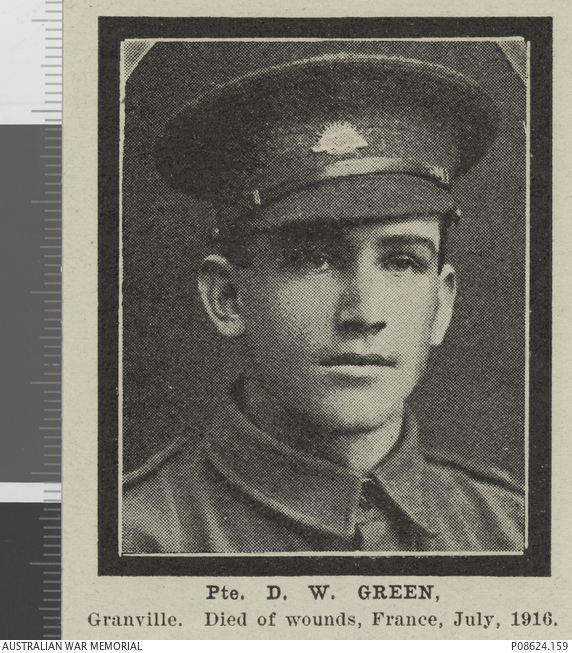 Studio portrait of 2192 Private Dallas William Henry Green, (also known as Frank Henry Green) 31st Battalion of Wollongong, NSW. A labourer prior to enlisting, he embarked from Melbourne aboard HMAT Ballarat (A70) on 18 February 1916. He was wounded at Fleurbaix France, on 17 July 1916 and died on 18 July 1916 at the 1st Casualty Clearing Station, France, aged 22. He is buried in the Estaires Communal Cemetery and Extension, France.