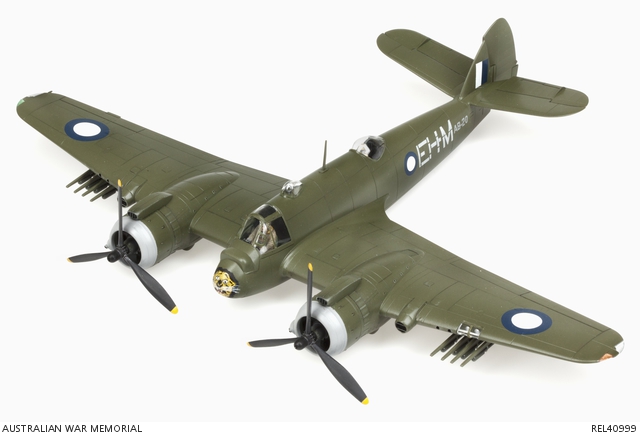 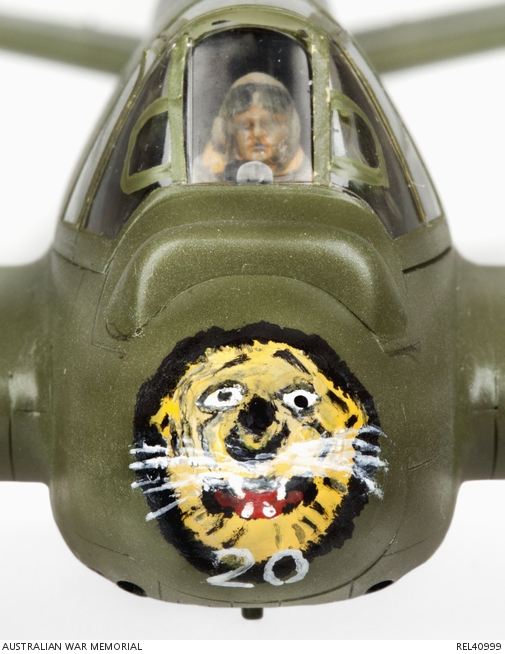 Model DAP Beaufighter Mk21 depicting aircraft A8-20 of No.31 Squadron RAAF. The model is painted overall foliage green with black propellers and yellow propeller tips. Each side of the rear fuselage has Squadron code 'EH-M' and aircraft serial number A8-20. There are three pairs of standard RAAF Pacifc war roundels on the upper and lower wings and fuselage sides. The nose of the aircraft has the hand painted face of a tiger. A pilot and navigator figure are inside the model in their respective crew positions. The model is fitted with four rockets and rocket rails under each wing.

The DAP Beaufighter Mark 21 was an Australian made version of the successful British designed and made Bristol Beaufighter attack aircraft. The aircraft depicted in this model is A9-20, which bore the codes EH-M and served with No.31 Squadron RAAF from 9 October 1944 until 18 February 1945, when it was written off after a crash landing. The base kit of this model is a 1/48 scale Tamiya Beaufighter MkVI kit.