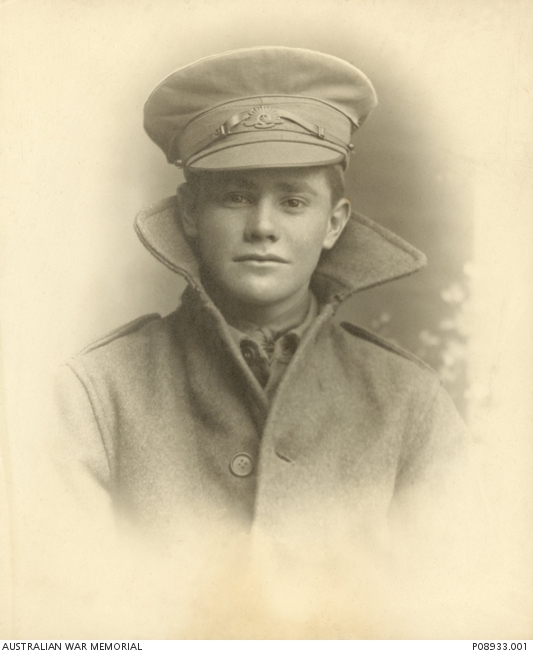 Studio portrait of 3189 Private (Pte) Gilbert Vernon Kimber, 50th Battalion. An engineer's assistant from North Adelaide prior to enlistment, Pte Kimber embarked from Adelaide with the 8th Reinforcements aboard HMAT Berrima (A35) on 16 Decmber 1916. He returned to Australia on 15 June 1919 aboard H T Swakopmund, and was disappointed that there were no family members to greet him in Adelaide. He was not aware that they had moved to Sydney while he was serving overseas. (Gilbert Kimber's memoirs are held in the National Collection of the AWM at MSS1869).