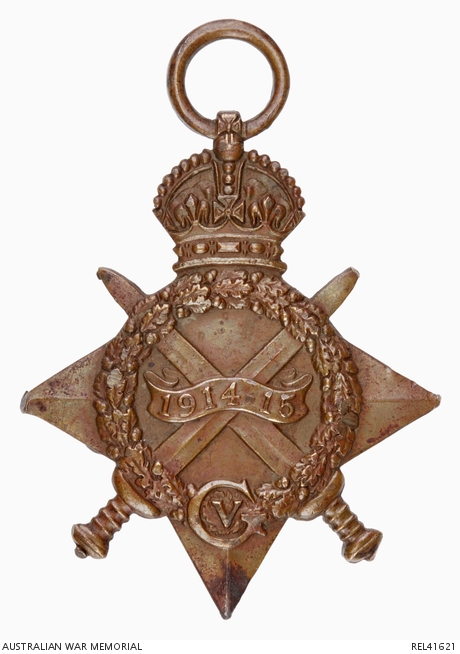 1914 -15 Star related to the service of Leonard Leslie Goodsall, a glazier of Graveshead, England, and resident in Woollhara, NSW, when enlisted in the AIF at Liverpool on 21 April 1915 aged 25 years.

He was assigned service number 785 (which appears on this medal), although his service record states his number as 765. After training, he embarked for overseas service from Sydney on 25 June 1915, aboard HMAT Berrima as a reinforcement for B Company, 20 Battalion.

After landing on Gallipoli he served with 20 Battalion, mainly in the Russell's Top area, until he suffered a gunshot wound to his head on 3 September 1915, one of three 20 Battalion men wounded that day. He was evacuated via the Hospital Ship Salta to 1 Australian General Hospital at Suez. A month later, despite treatment, he lost his left eye. On 20 October, Goodsall was transferred to the Hospital Ship Kanowna for discharge to Australia. He arrived in Sydney on 22 March 1916 where he was discharged from service.

Goodsall remained in Australia and joined the Merchant Marine in 1940, as part of the crew of the 'Largs Bay', a White Star Line Liner built in 1921 which plied the Sydney-London route. The liner was requisitioned for troop carrier duties in 1941 and only just escaped from Singapore during the Japanese invasion.