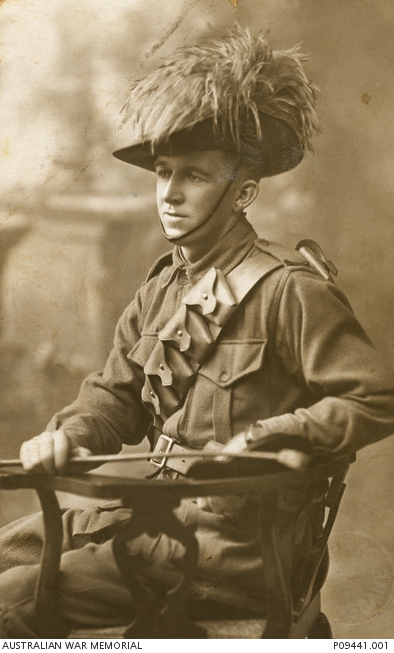 Studio portrait of 252 Private (Pte) Frederick John Ashton, 14th Light Horse. Pte Ashton a labourer prior to enlistment embarked with the 1st Reinforcements from Sydney aboard HMAT Beltana A72 on 13 May 1916. He later served with the service number 252A in the 31st Battalion. He was accidentally wounded on 9 October 1917 when a pistol went off in his left hand when he was retrieving it from the top of a parapet. Pte Ashton was initially court martialled in the the field on the same day to establish if it was an attempt to be released from active service. He was exonerated of the charges and returned to his unit on 29 January 1918 to serve out the war.