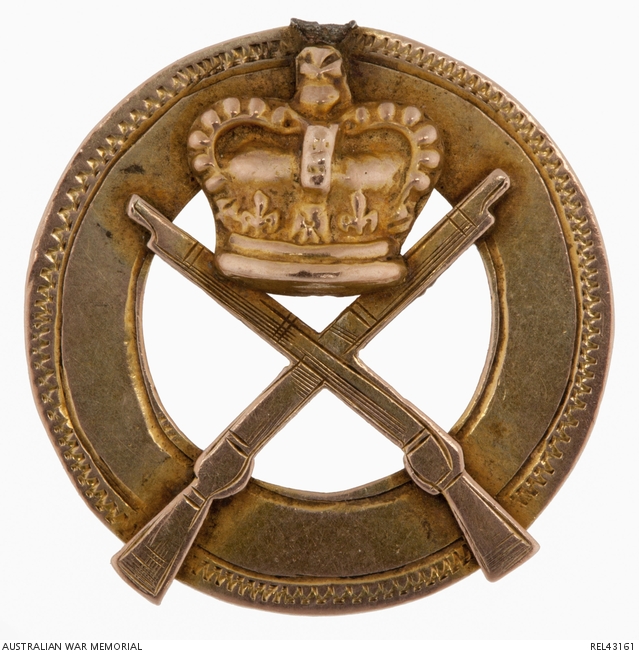 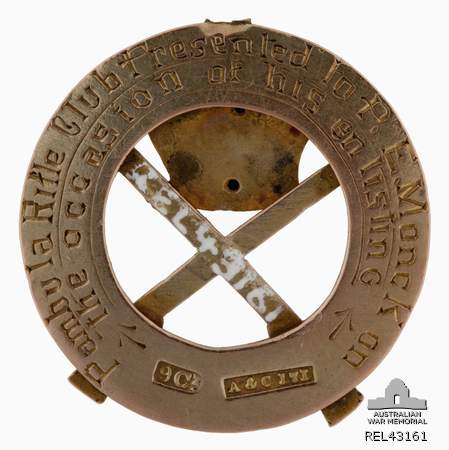 Circular 9 carat rose gold watch fob presented to Private Peter Eugene Monck on his departure from Australia to the First World War
Obverse features a centre which is voided, crown and a pair of crossed rifles.
Reverse is engraved with the inscription 'Pambula Rifle Club. Presented to P.E. Monck on the occasion of his enlistment'.
Stamped below this is, 'A&Cld' and '9CT'

Monck's two elder brothers Stephen Bertram Monck and Charles James Maguire Monck both enlisted three or four days later, also in 55 Battalion. After initial training. Peter Monck embarked for overseas service aboard the transport 'Port Sydney', which left Sydney on 4 September, arriving Plymouth 29 October 1916. After a month with 14 Training Battalion, he arrived in France on 14 December, finally joining his unit on Christmas Eve 1916 where they were resting and billeted at Buire-sur-l'Ancre.