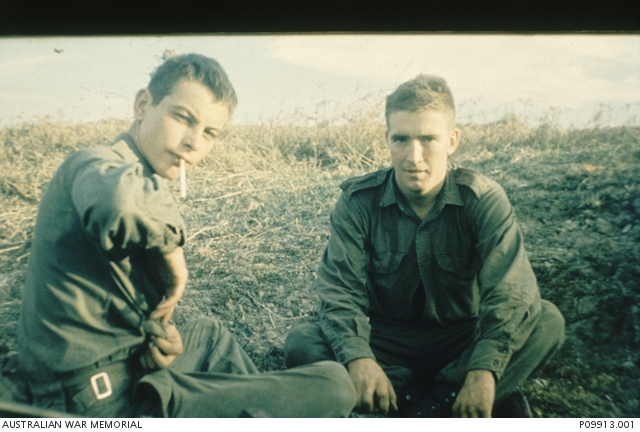 Informal outdoor portrait of left, 44679 Private (Pte) Henry John Stanczyk and right, 3794547 Pte Peter William Lloyd both of the 7th Battalion, the Royal Australian Regiment (7 RAR). Pte Stanczyk and Pte Lloyd were deployed to Vietnam in 1970 with 7 RAR as part of the unit's second tour. This photograph was taken on 30 April, 1970 while the unit was waiting to commence operations. That evening, their platoon was setting up a night ambush position and came into contact with the Viet Cong. During the subsequent firefight, which took place in darkness and at close range, Pte Stanczyk was killed by an exploding grenade, which also wounded four others. He was 21 years old.