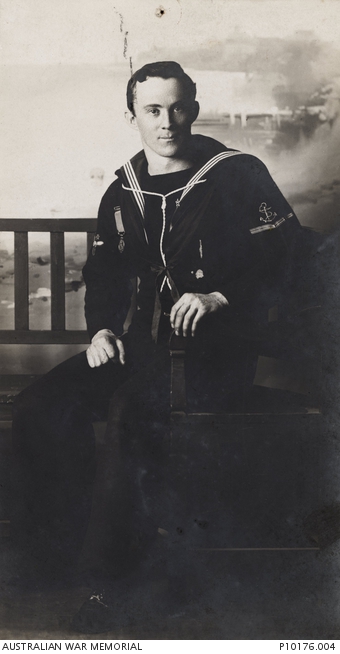 Studio portrait of Leading Stoker John Stead 'Jack' Duffy RAN, wearing the Royal Humane Society Medal he was awarded for saving a young woman from drowning in 1907. Leading Stoker Duffy served with the Royal Navy from 1908-1913. Upon the outbreak of war he enlisted with the 8th Battalion, seeing service at Gallipoli, where he was promoted through the ranks to 2nd lieutenant. With the reorganisation of the AIF in 1916 he was posted to the 57th Battalion, where he saw service on the Western Front, ending the war as a captain.