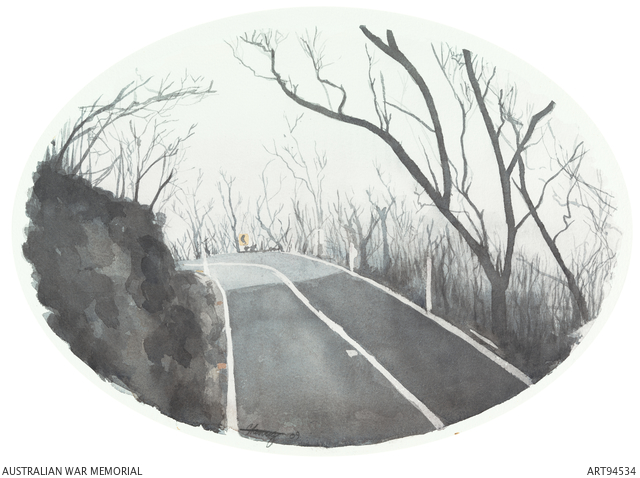 Stanuga's series of small watercolours depict members of these search teams, in white forensic suits, at work in the devastated landscape and impressions of the charred landscape and the road from his army transport. This work is the view from transport on the road to search area.