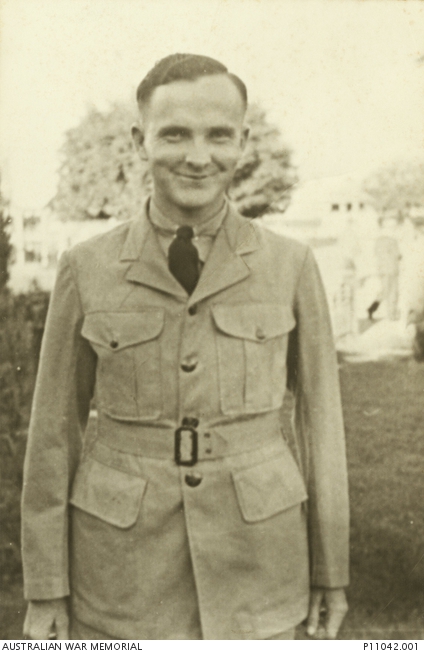 Informal outdoors portrait of 426709 Pilot Officer (PO) Ernest Thompson, 466 Squadron, RAAF. A bank officer from Brisbane, Queensland prior to enlistment, PO Thompson was the bomb aimer of Halifax MZ299 which was shot down during operations near Hamburg, Germany on 15 October 1944. His remains, along with those of his fellow crew members, are buried in the Sage War Cemetery, Oldenburg, Germany.