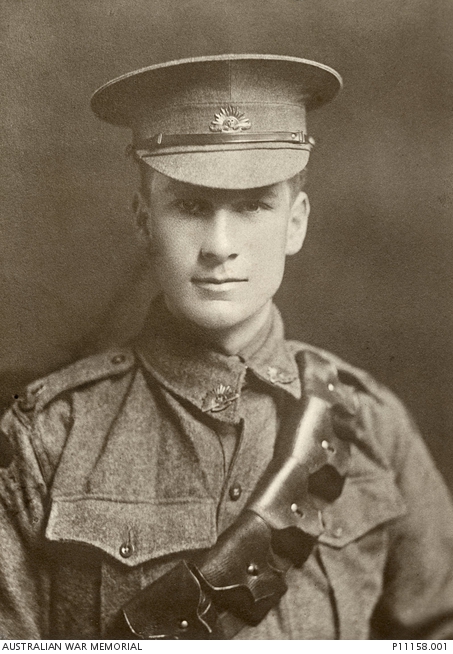 Studio portrait of 34246 Gunner (Gnr) John Ignatius Wardell. An architecture student from Castlemaine, Victoria, he enlisted with the 7th Field Artillery Brigade on 18 August 1916 and embarked for service overseas on 11 May 1917 aboard HMAT Ascanius (A11). Gnr Wardell survived the First World War and was discharged from duty on 22 May 1919. John Ignatius Wardell later moved to Malaya and managed a rubber plantation. During the Second World War both John and his brother Frank, who were both living in Malaya, were taken civilian prisoners of war (POW) of the Japanese and interned in Changi gaol. John survived his internment in Changi and at the end of the war, returned to Malaya.