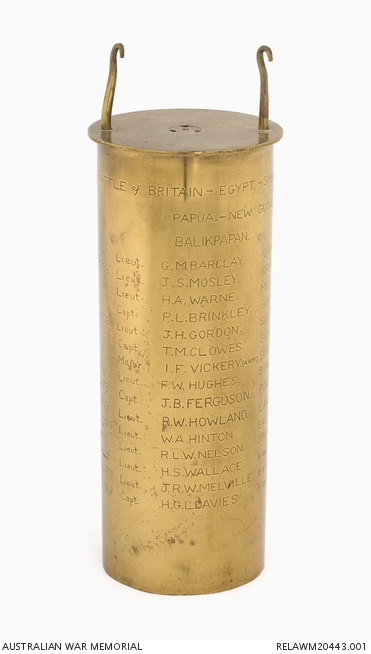 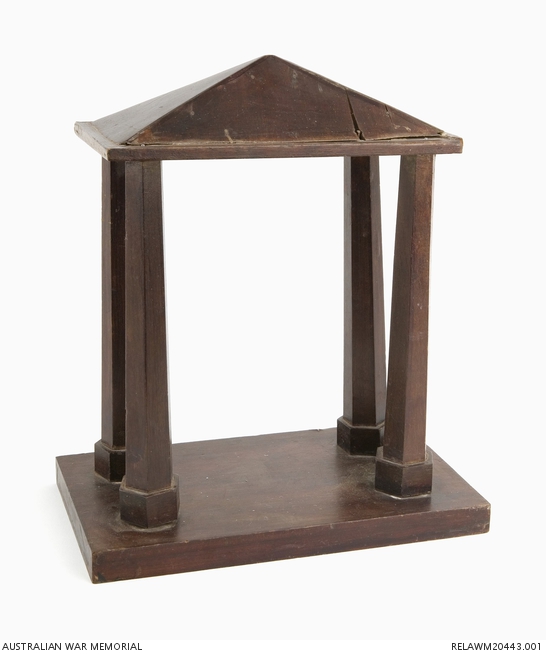 This commemorative dinner gong was made c 1945 by an unknown member of 2/33 battalion, as a memorial to the officers of his battalion who had died in New Guinea and Borneo during the Second World War. The difference in the method of engraving on the gong between the majority of the work and the final entries for officers killed in the Balikpapan campaign suggests that work may have begun on the gong as early as late 1943. The gong was subsequently given to 2/33 Battalion Association.