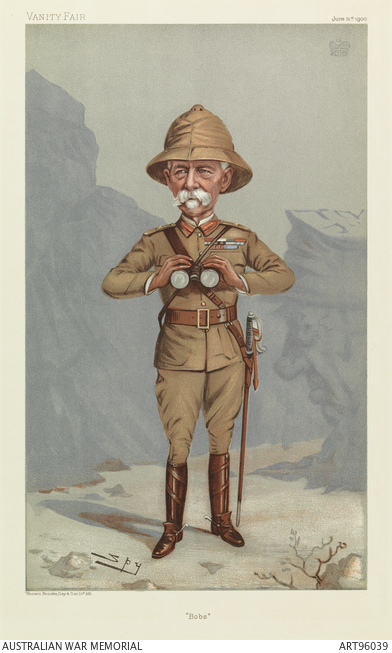 Depicts Field Marshall Frederick Roberts (1832-1914), affectionately known as 'Bobs', who was considered one of the most successful British commanders of the nineteenth century. The Vanity Fair portrait of 'Bobs' is one of Sir Leslie Ward's most witty representations. Lord Roberts is shown with binoculars in hand, while the profile of Paul Kruger (known as Uncle Paul or Oom Paul in Afrikaans) appears in the rock face behind him. Kruger was the State President of the South African Republic and had gained international renown as the face of Boer resistance against the British during the war. His disguised presence in the work hints at the trouble the British had in finding the Boers.