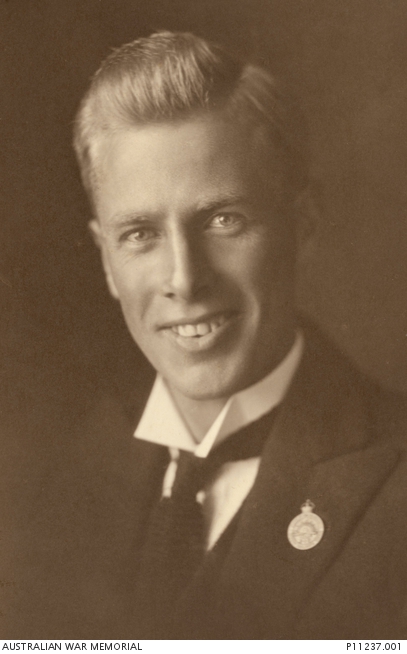 Studio portrait of William Eric Warskitt wearing a discharged returned soldier's badge. A carpenter from Haberfield, NSW prior to enlistment, Warskitt embarked with the service number of 7268 and the rank of Corporal with the 13th Battery, 5th Field Artillery Brigade from Sydney on HMAT Persic on 18 November 1915. Later reverting to the rank of Gunner, he became ill while serving in France. On 27 August 1917 he returned to Australia suffering from chronic bronchitis and was medically discharged.