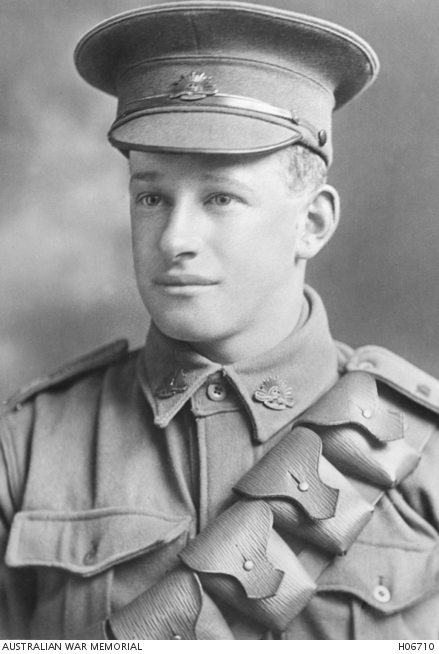 Studio portrait of 6423 Corporal (Cpl) Lumley Francis Trollope, Australian Field Artillery Brigade (FAB) from Warrnambool, Victoria. A 21 year old fitter and turner prior to enlisting on 13 September 1915, he embarked for overseas with the 10th Battery, 4th FAB from Melbourne on 18 November 1915 aboard HMAT Wiltshire. After arriving in France, he joined the 10th Battery at Bailleul where he was wounded in action on 28 May 1916 and died of his wounds on 8 June 1916. He is buried in the Bailleul Communal Cemetery Extension, France. Cpl Trollope was a distant relation of the novelist Anthony Trollope.