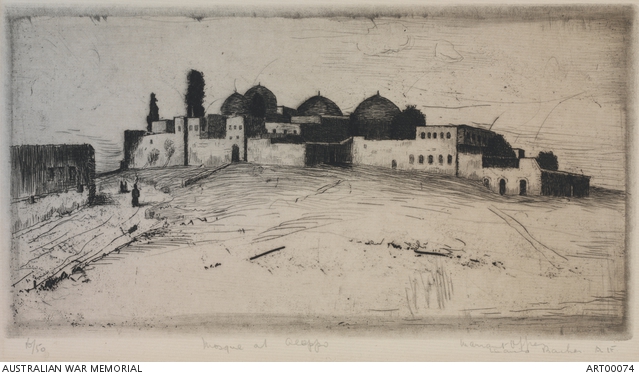 Etching showing a front view of a mosque at Aleppo in Syria. An impression of this work was exhibited at the artist's 1920 solo exhibition at the Gayfield Shaw Gallery, Sydney as 'Monastery at Aleppo'. Aleppo was the most northern city occupied by the Allied forces (after the Turks abandoned the town on 26 October, 1918) and was Chauvel's headquarters, where the northern most Australian Imperial Forces Brigade Headquarters were situated in 1918.